Losing a child is the worst experience a parent can have. Losing a child in a devastatingly cruel way has been a nightmare. I loved Rehtaeh with all my heart. When she died, a big part of me did too. Every day seems like a fight to hang on, to find a reason to keep going. I am grateful for all the kind words and prayers that have been sent from all over the world. It means more than I’ll ever be able to say.

Rehtaeh Parsons was much more than the tragic story of a girl in the news. She had two very loving parents and two wonderful little sisters, Temmyson and Teaghen. She loved animals of every kind and always had a place in her heart for animals in need. She loved science, devoured books of every genre, enjoyed art, and, once she finished high school, planned on joining the the Sea Shepherd Conservation Society.

I put together some other pages for information because there’s just to much of it for one. Rehtaeh’s eulogy is here. The timeline provided by the Review of the Police and Prosecution Response into Rehtaeh’s case can be seen here.

There have been three government reviews into Rehtaeh’s case.

On November 12th, 2011, Rehtaeh attended a sleep over at a new friend’s house. While there she and the other girl walked to a nearby house where a boy who went to their school lived. He had a friend visiting at the time and the mother of the house was home at the time.

Someone produced a bottle of Vodka and the four of them shared it. Rehtaeh doesn’t recall how much she drank, but it was enough to make her physically sick. When she started to vomit the two boys carried her to a window so she could get sick while hanging out it and not make a mess in the room.

While she was out the window the two males debated who would go first (this we know from a letter sent to Rehtaeh’s mother from one of the youth following Rehtaeh’s death). When the second male raped her he asked for a photo to be taken. He smiled for the picture and gave a thumbs up. This photo was shared and spread to hundreds of students throughout the Halifax school district.

When they finished assaulting Rehtaeh they carried her to a bed so, “she could sleep.” Rehtaeh’s friend had left earlier and returned with her mother. One of the males met them at the door, then returned to the bedroom with Rehtaeh’s friend. When they were unable to get Rehtaeh dressed they returned to the door and told the mother that Rehtaeh wanted to spend the night. So the mother and her daughter left.

A little later two other males came to the house. One of them also lived in the home. They needed the bed Rehtaeh was in so they carried her to another room where the two new males raped her as well.

None of the information above is in dispute. That is the timeline according to the male in the photograph.

That is what happened to Rehtaeh Parsons on the evening of November 12th, 2011. She hanged herself on April 4th 2013 and died on the 7th. 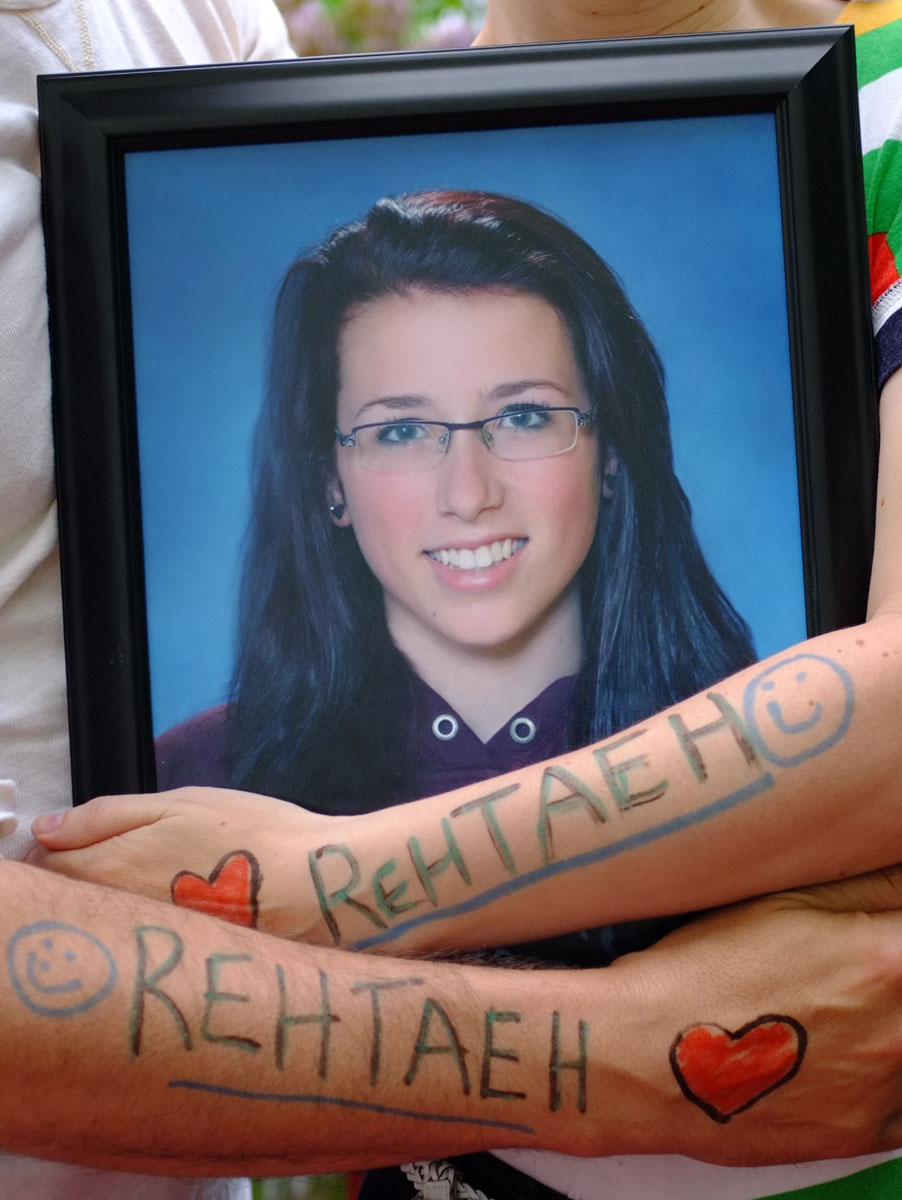 ‘Rehtaeh’ is a song written and performed by Nova Scotia artist Adam Baldwin. ‘Rehtaeh’ is about the systemic failures that led to the death of Rehtaeh Parsons in 2013 and is, as Adam puts it, this is “maybe the most important song I’ll ever write.”