Rehtaeh Parsons was a gifted teenager with boundless curiosity and a love for family, science, and the natural world. But her life was derailed when she went to a friend’s house for a sleepover and the two of them dropped by at a neighbour’s house, where a group of boys were having a party.

The next day, one of the boys circulated a photo on social media: it showed Rehtaeh half naked, with a boy up against her. She had no recollection of what had happened. For 17 months, Rehtaeh was shamed from one school to the next. Bullied by her peers, she was scorned by their parents and her community. No charges were laid by the RCMP.

In comfortable, suburban Nova Scotia, Rehtaeh spiralled into depression. Failed by her school, the police, and the mental health system, Rehtaeh attempted suicide on April 4, 2013. She died three days later.

But her story didn’t die with her. Rehtaeh’s death shone a searing light on attitudes toward issues of consent and sexual assault. It also led to legislation on cyberbullying, a review of mental health services for teens, and an overhaul of how Canadian schools deal with cyber exploitation.

My Daughter Rehtaeh Parsons offers an unsparing look at Rehtaeh’s story, the social forces that enable and perpetuate violence and misogyny among teenagers, and parental love in the midst of horrendous loss. 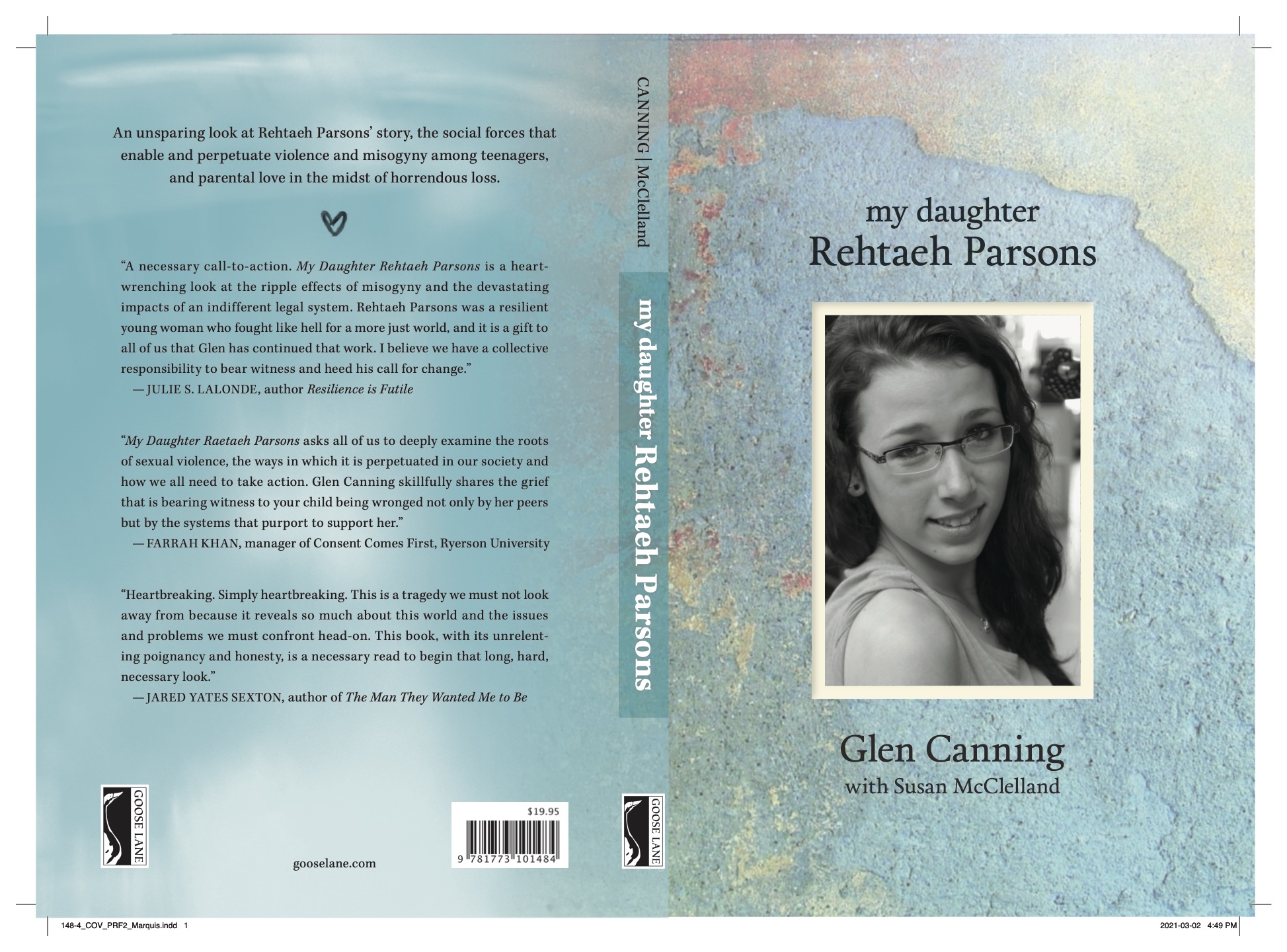 All I can say about this book is WOW! It is in part the story of Rehtaeh Parsons whom the world has come to know tragically from her death, and in part her father Glen Canning’s personal memoir of several significant events that shaped his life. Right off the bat I loved how raw and honest this book was. It’s a heartbreaking, but ultimately also empowering, story straight from a father’s heart.

I picked this book up since it is the Indigo Staff Pick for the month of August. It is a short read, and I figured I could go home and read it in one sitting after my shift (which I proceeded to do). Being only 13 when Rehtaeh passed, I knew briefly of her story from anti-bullying campaigns from school. I was not prepared to be angry, hurt, and completely disturbed after hearing how mistreated Rehtaeh was by her school, community, local police, and over social media. There was nothing that could have prepared me for hearing her story from her father’s perspective, after losing his daughter and feeling like he failed her.

This book is … heartbreaking, devastating and insightful. Growing up in Nova Scotia and just a few years younger than Rehtaeh, her story left lasting impacts on me and those closest to me. Reading this book as an adult and mother to a daughter, I see her story through a new lens. Glens reflection and insightful commentary add an additional layer that uncovers and brings attention to societal issues.

There are some books that are more difficult to write a review on than others. This is one of them. That is not because of the quality of the book, rather the anger that one feels about what happened between the pages of the book. There is the compulsion to say some wild expletives against some of the people mentioned in the book. Things like this should not happen in a just world, but who says a just world ever existed?

It isn’t fancy writing; it’s better than that. It’s from the heart, true-blue. And as her father recounts, it was only when news of Rae’s death went out that support poured in from across the continent and even further beyond. Canning reports on the fact that there are far too many cases that are similar to Rae’s. As he puts it, “Maybe she was just a part of a much larger culture that silences victims and supports victimizers.”