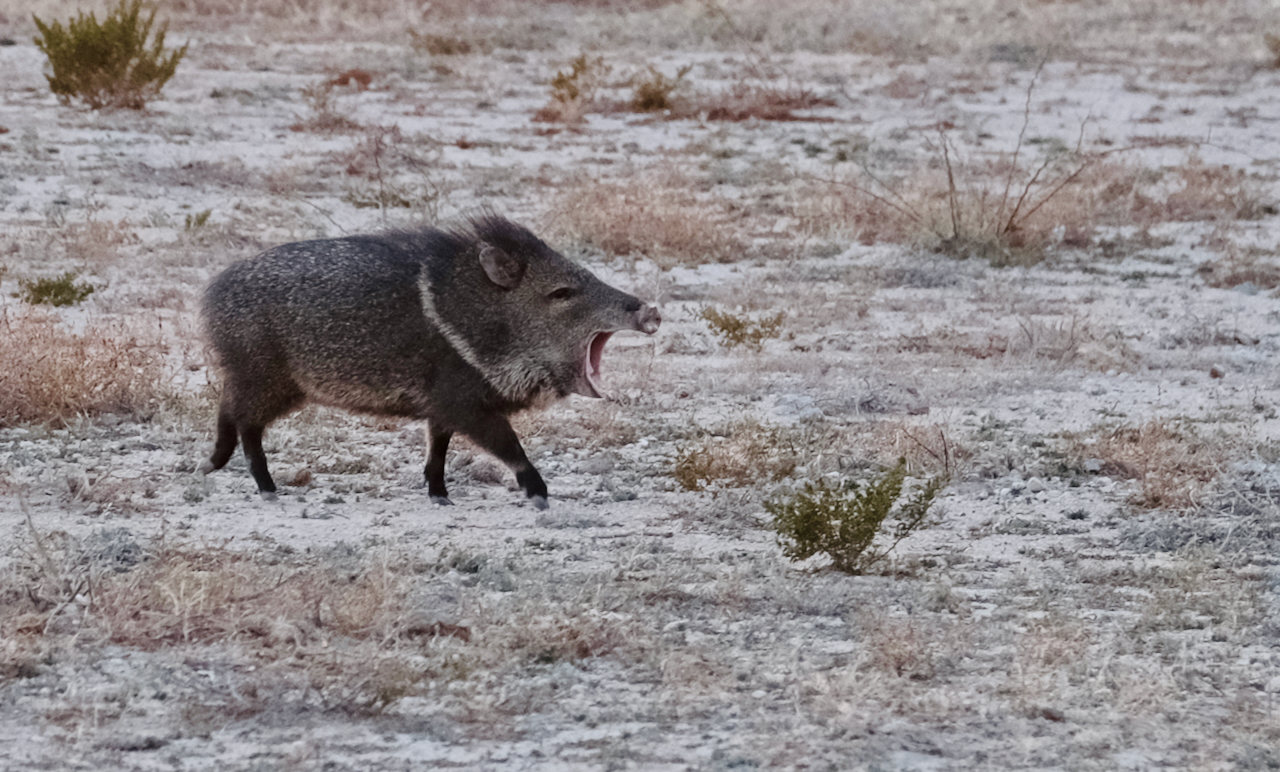 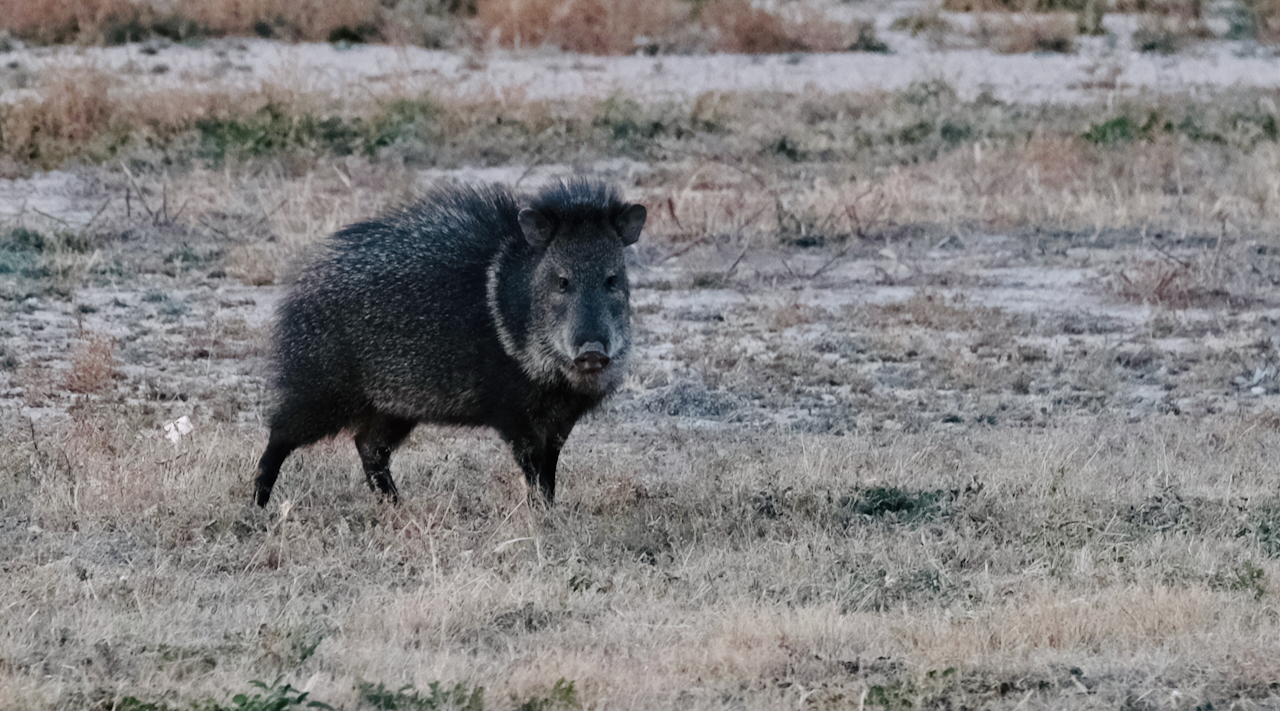 Javelina are members of the peccary family. There are actually three species of peccaries that range from the Southwestern United States south to central South America. The only species found in the United States is the collared peccary, or javelina. In Texas, the javelina is found in the more arid or semi-arid parts of the state, with most occurring in the South Texas brush country, the Trans-Pecos’ desert grasslands, and the Edwards Plateau’s oak-juniper woodlands.

Javelina have long held an undeserved reputation for ferocity. They have poor eyesight and will often remain around humans longer than other wildlife when startled. When cornered, they can defend themselves very effectively with sharp canine teeth or “tusks”. Many dogs have been crippled or killed when trying to attack javelina.

We saw this one near our campground at Lordsburg, Texas.