You cannot make everybody happy, you are not a taco. 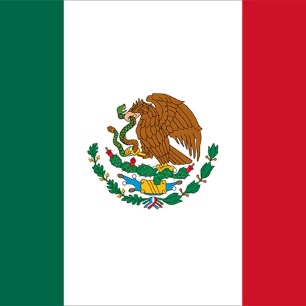 We’ve now been in San Felipe, Mexico, for two weeks. So far there’s been no real issues for us to overcome with the exception of finding English Breakfast tea.

Our days usually consist of walking ten kilometers, either on the beach or with a mission to buy groceries (we buy for the next two days rather than a week). There’s two beaches to choose from and two main grocery stores so it’s an easy decision either way. As far as the beaches go one is right across the street from us and it’s usually empty save for us and maybe a couple people.

The two grocery stores are both chain stores: Calimax and Mi Bodega Aurrera. The Calimax is more expensive but has the better selection of food while the Bodega is more like a Walmart only smaller. Food is cheap and it’s easy to find what you need if you’re cooking Mexican dishes, which we’re mastering. As far as booze goes Tequila is a little more pricey than milk while Scotch or other spirits run about what they do in Canada.

The people we’ve run across have been friendly and kind, same for the soldiers who are everywhere, due to a recent high profile murder by the cartel. The Mexican Navy has a ship about three kilometers off shore and it’s been there since we arrived. It’s not uncommon for us to see three or four heavily armed trucks full of battle ready troops whenever we go for a walk around town.

We’re not worried about crime as our modus operandi is to mind our own business and not take chances on our travels. We haven’t gone out after dark and don’t intend too, nor do we walk around acting like a couple assholes. There are a lot of stray dogs in San Felipe and they can be threatening so where you go matters. We stay on the main streets and have been told to carry a stick.

The sky at night is beautiful and there’s no shortage of good photography locations so I’ve been enjoying that. We have a couple more weeks at our current location before we move across the street to a beachfront condo. That will give me an opportunity to get some amazing sunrise photos to share.

I have a couple blog posts coming about all the places we stayed at so far and another about what we learned on the road so stay tuned. Hope you’re having a good day!