“Put a poor country next to a rich one and watch which way the traffic flows. Add impediments, the traffic endeavors to flow around them. Eliminate disparity, the traffic stops. If Mexico were as rich as we are, we’d only be getting their tourists.” 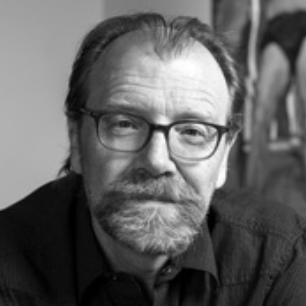 Much like Hollywood’s portrayal of Mexico, most of what you’ll find online about crossing the border is outdated and wrong. We spent days worried about driving into Mexico and traveling by car once we arrived while the reality of that experience was a wave through and a quick stop at the immigration office to get our passports signed. We spent more time in line at the Cancun airport than we did crossing into Mexicali from Calexico, California.

Our worry had us at one point thinking we should leave our car in the United States, cross the border by foot, and travel the rest of the way to San Felipe by bus. It would have been simpler endeavor but a mistake that would have had us spending months in Mexico with only what we could carry. I wanted to bring all my camera gear, carving knives, tools, and our clothes; not to mention our rooftop tent.

Once we settled on driving the question was which border crossing to choose, Mexicali East or the newer West crossing? From our hotel in Calexico the West crossing was about a mile away while the East crossing was about 10 miles. The West looked, at least on Google Maps, like a shitshow of traffic, construction, and congestion. So East it was and I’m glad we made that choice.

We got to the East crossing from our hotel using Interstate 98, then south on the number 7 Highway to the Garita Nuevo Mexicali. It took twenty minutes at the most and when we drove into Mexico it was a wave through from the border guards and we were in. The line was nonexistent at 8 AM and the only holdup we had was the confusing signage for immigration. The building Google Maps says is the Oficinas del Instituto Nacional de Migración Garita 2 is actually abandoned and it looks like it has been for some time.

Once we realized we missed immigration, we parked on a side street close by and walked back. To stay in Mexico for an extended time you need to fill out an Multiple Immigration Form (FMM) and have your passport stamped. The guards at the border don’t do that so you need to go into the nearest building on the left as soon as you cross. For us it was a quick and friendly few minutes with the usual border crossing questions – why are you here, how long are you staying, what is the address of your residence in Mexico?

Once we left the immigration office we turned right onto Av. Rep. de Argentina, made a left turn onto Calz. Manuel Gomez Morin and stayed on it to Federal Highway 5 (also called Carr A San Felipe). Highway 5 takes you directly to San Felipe and it’s about a 2 1/2 hour drive.

Turns out crossing the border into Mexico by car was much easier than we thought it would be. 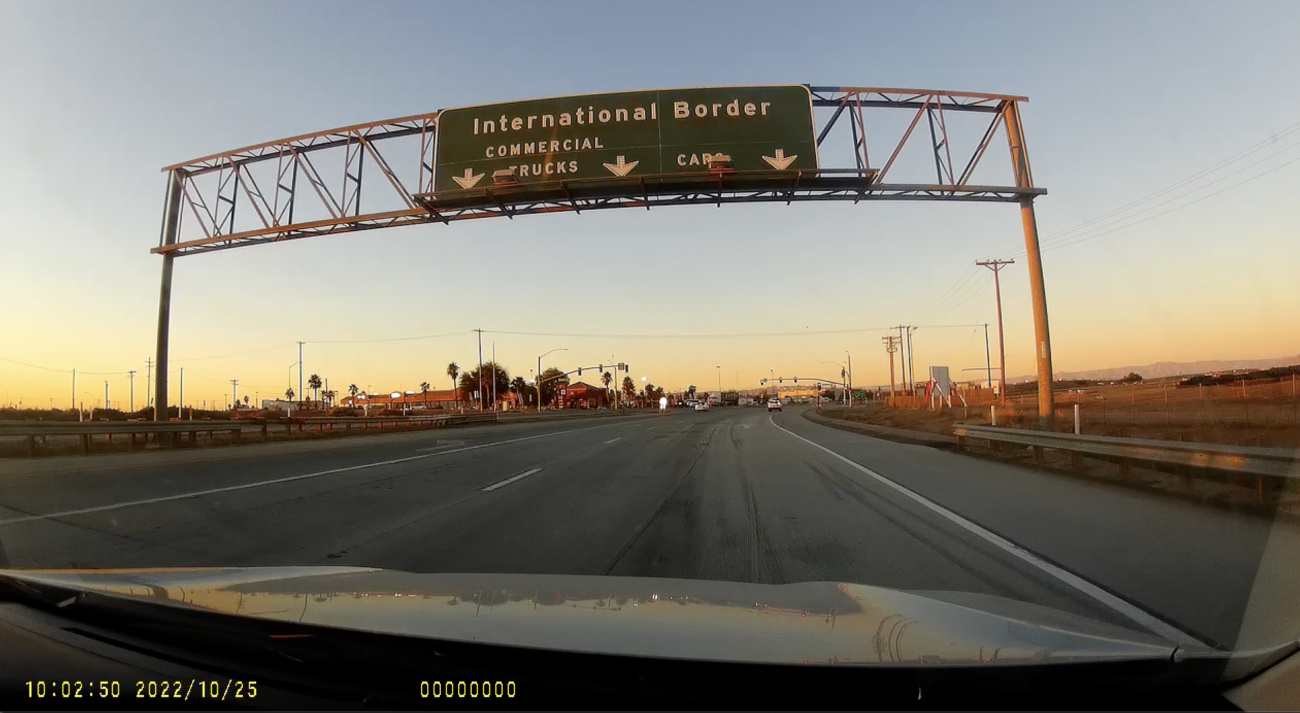 Stay in the right lane. The signage heading to the border is clearly marked. 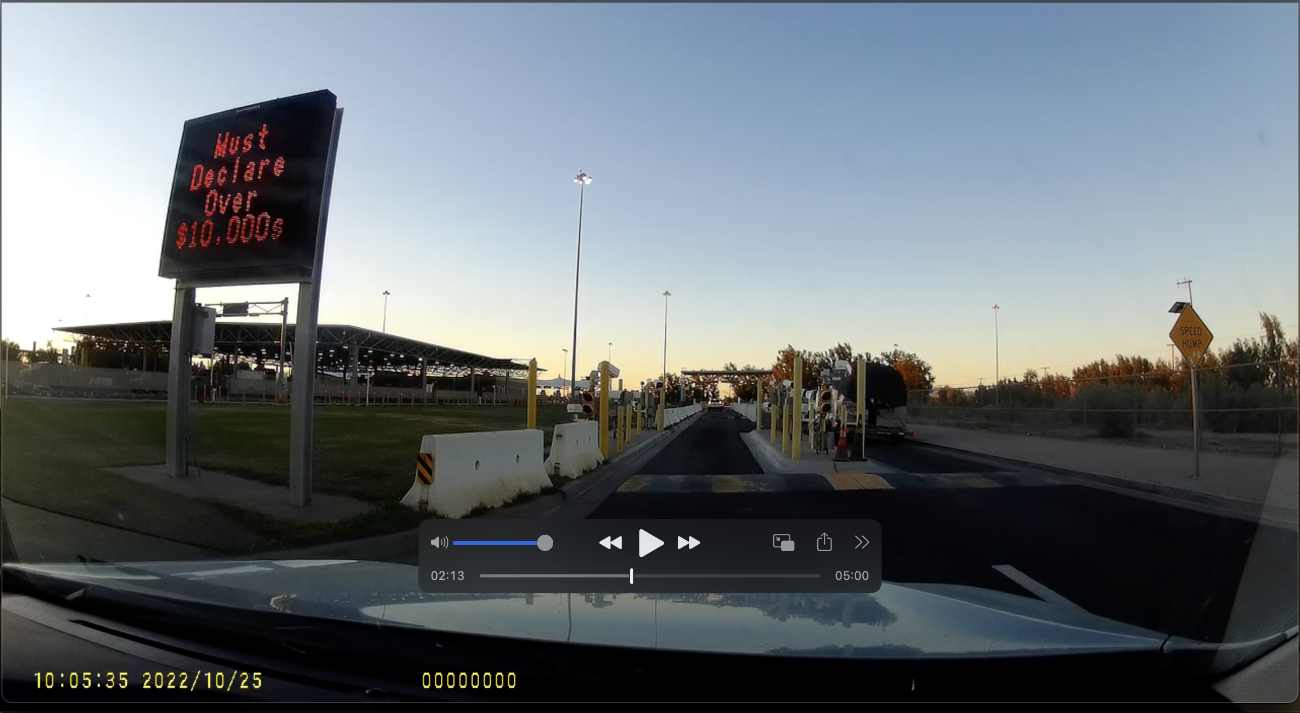 Drive slow. There are security cameras here to record your vehicle and lots of speed bumps. 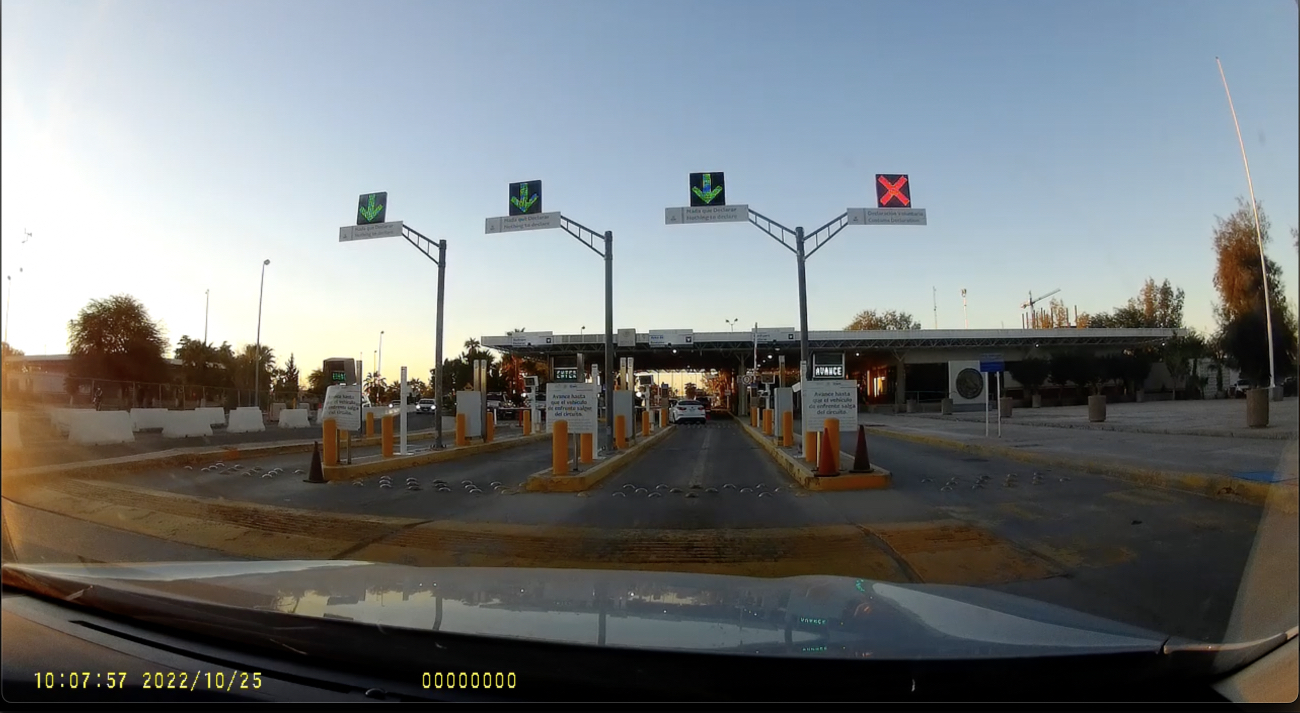 Drive slow. Watch the sign change from ALTO to ENTER. 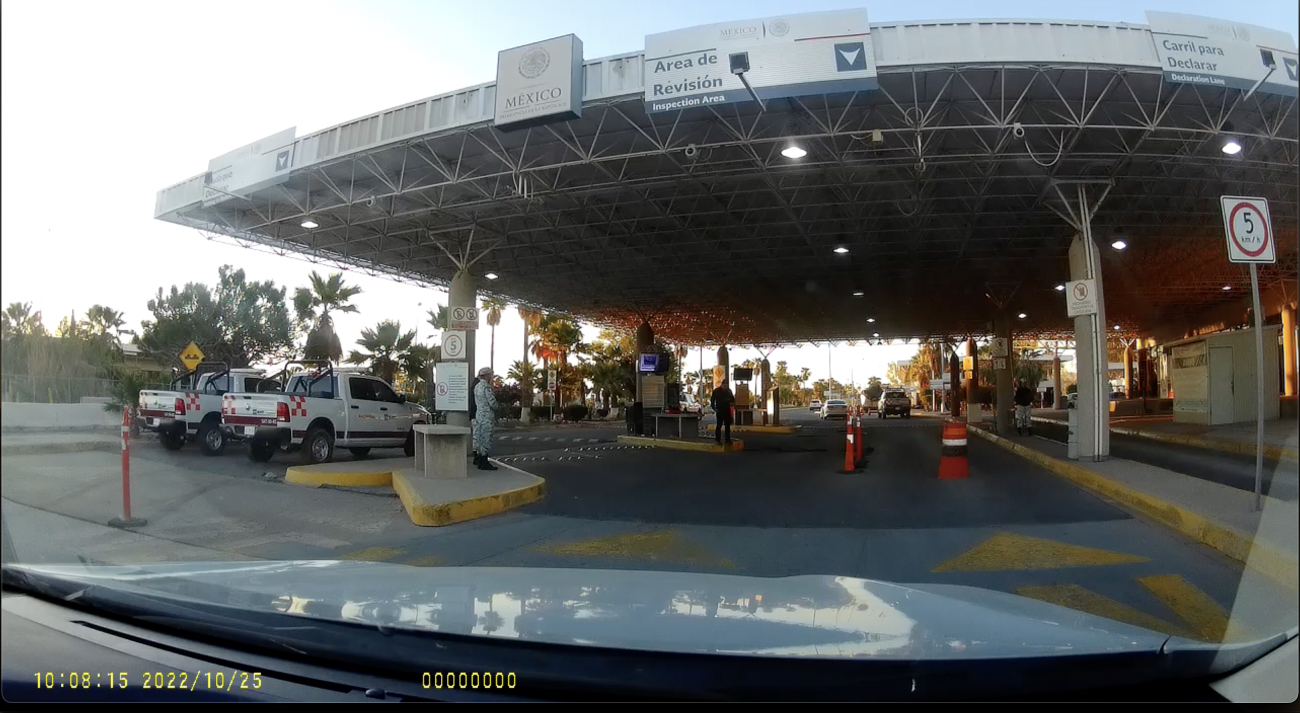 Drive slow. Follow the directions of the border guards. You may get asked to pull off to the side for a vehicle inspection.

The immigration office for the FMM form is immediately to the right once you go through.

From Calexico take Interstate 98 eastbound to Highway 7 south. Follow the signs to the border crossing. Once you go through turn right onto Av. Rep. de Argentina (it follows the border wall), make a left turn onto Calz. Manuel Gomez Morin and stay on it to Federal Highway 5 (also called Carr A San Felipe). When you get close to the 5 stay in the two left lanes. Highway 5 takes you directly to San Felipe and it’s about a 2 1/2 hour drive.