The best part of letting things go is the joy you get from what’s left.

Following the death of my father in 2006, I realized there are things you should hang onto and things you shouldn’t. When I was called with the news he passed, I was asked if I wanted to see him before he was cremated. The last time I saw dad was on my birthday, a few weeks before he died. He was frail and thin and not at all like the stoic man he was before cancer took him.

I sat by his bed and we made small talk. I tried so hard not to cry as I said goodbye; it’s easier if you say “I’ll see you soon,” even if you know that’s not going to happen. Then I got up and left, turning around quickly to get that last image printed into my memory. It’s still there, even today, fifteen years later like it was yesterday. Propped up, head on his pillow, reaching for a smoke.

I didn’t need to see my dad in death as I didn’t want to take that image forward with me. At least that time I had a choice, not like my mom and family.

Seven years later I sat by a hospital bed for days watching Rehtaeh die. I rarely think of that time, the memory of it didn’t take hold very well. I remember the first time I saw her lying there, the look on her mom’s face, my brother arriving from Ottawa, and saying goodbye when she passed.

We’ve been slowly downsizing in preparation for our upcoming trip. When the pandemic started two years ago, the Marie Kondo craze hit and purging seemed in fashion. If you didn’t use it in the last year it goes. If it doesn’t bring you joy when you touch or see it, you don’t really need it. We gave away bags of clothing, now we’re down to our furniture.

Our plan is to live our last month in Toronto using just the gear we’re taking on our road trip. Inflatable mattress, sleeping bag, cooking equipment, and the clothes we’re taking with us. Not a lot but it serves the purpose of letting us know if something won’t work or if we don’t need it. Better to find out before we leave than on the road. Everything else goes, other than a couple boxes of stuff we want to keep, namely art work and Rehtaeh’s butterfly urn. Those will be left in my family’s care.

I feel good knowing the reading chair that we loved is going to a man dealing with cancer. I hope it brings him as much comfort as it brought us. Same goes for Rehtaeh’s bureau.

I remember her as a little girl lining up all her ‘My Little Pony’  pieces in a row, according to size, on it. She kept her hamster on it, her gecko ‘Soup,’ and a siamese fighting fish. The drawer and shelf held all the things that made her happy; toys, clothes, collectables, all her little animal friends.

Can’t lie and say watching certain things go out the door is easy. It isn’t, it’s heartbreaking, yet it also feels a little liberating in a way. It isn’t the wood or origin of something that gives it value in your life, it’s the memories you carry inside you. History is the place something has in your life until it’s gone, memories are forever and you don’t need the physical presence of something for it to bring you a smile.

We take nothing with us when we die. I went into my dad’s workshop after his funeral and saw the unfinished projects he was working on before cancer left him bedridden. A wood bowl still in a lathe, half-carved sculptures, tools left where he left them the last time he was here. On his toolbench was a Buck knife I had given him years ago, ‘Happy Father’s Day’ etched into the handle.

The resume I was working on for Rehtaeh sat in my Documents folder for years.

I’ve found the best way to let things go is to not overthink it and simply ask yourself if the memory of this object will be enough? If it isn’t, then ask if seeing it brings you joy or pain? I have artwork Rehtaeh made when she was in the worst place. It hurts me when I see it because I can’t shake the memory of the sadness on her face when she created it. I just can’t hold those memories any longer, I search instead for ones that bring me joy, even if it’s brief.

I’ll keep the Beanie Baby hippo I gave her in Florida in 2003 as we had so much fun there. I have a photo of her sitting in the backseat of my car, holding it tight as she feel asleep. So the hippo stays because the hippo makes me smile when I see it.

I think I reacted the same way any parent does when their child dies suddenly, you keep everything and you leave it exactly where they left it. At least for awhile, then slowly life goes on and things start to leave. Clothing gets donated, toys are given away, things end up in boxes or drawers. Our move to Toronto forced our hand on what stays and what goes.

That’s where we’ve found ourselves today and I couldn’t be happier about it. We now own very few possessions and what we kept is either needed, or treasured. As for the rest, it’s the memories around them that made them special, and I will carry those with me always. 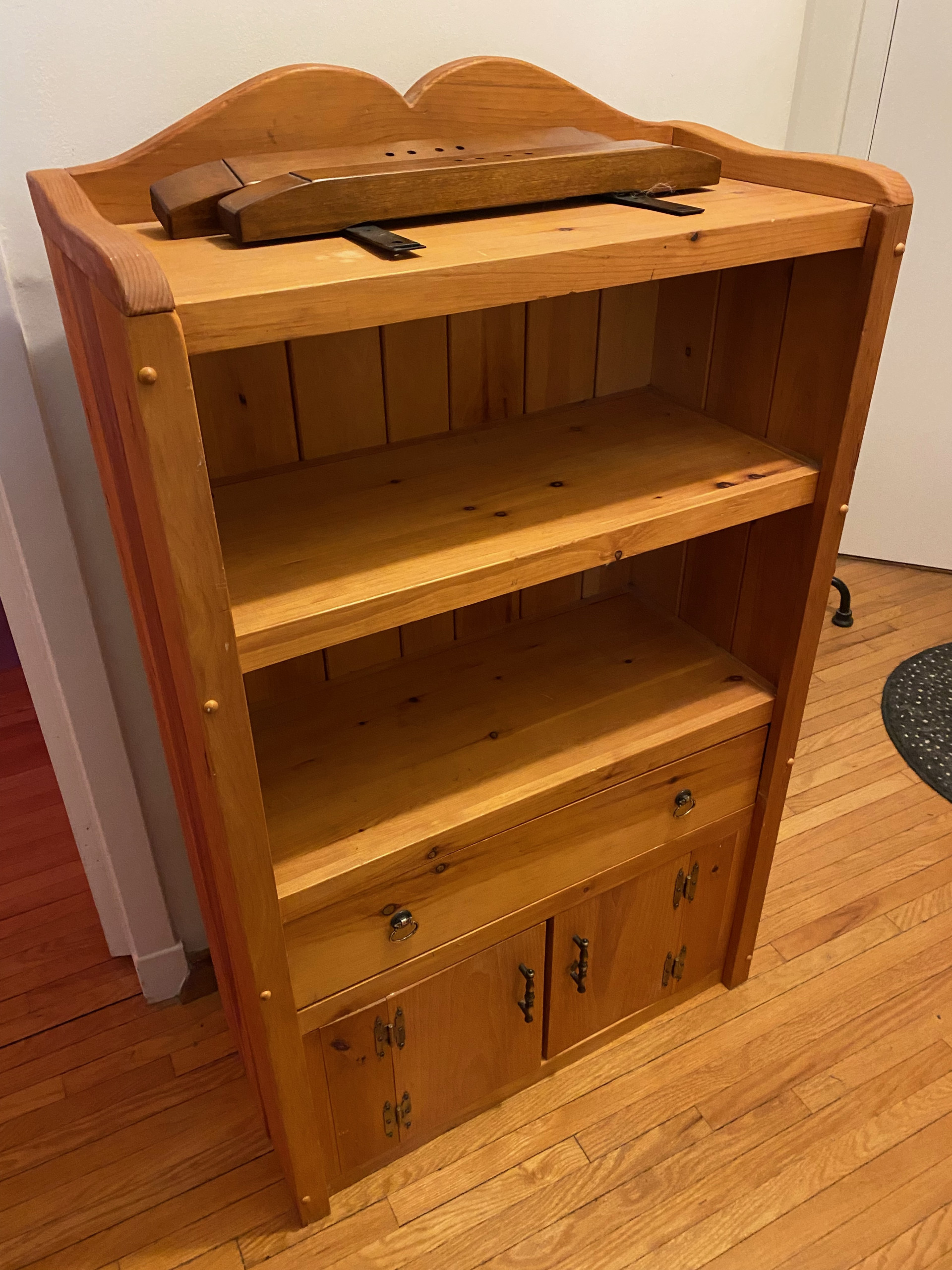 Rehtaeh’s grandfather helped me make this bureau for her when she was little. This week I gave it to a man who light up when he saw it. He knows an old man with cancer who lives in “squalor” and needs some furniture. We also gave him this super comfortable recliner. 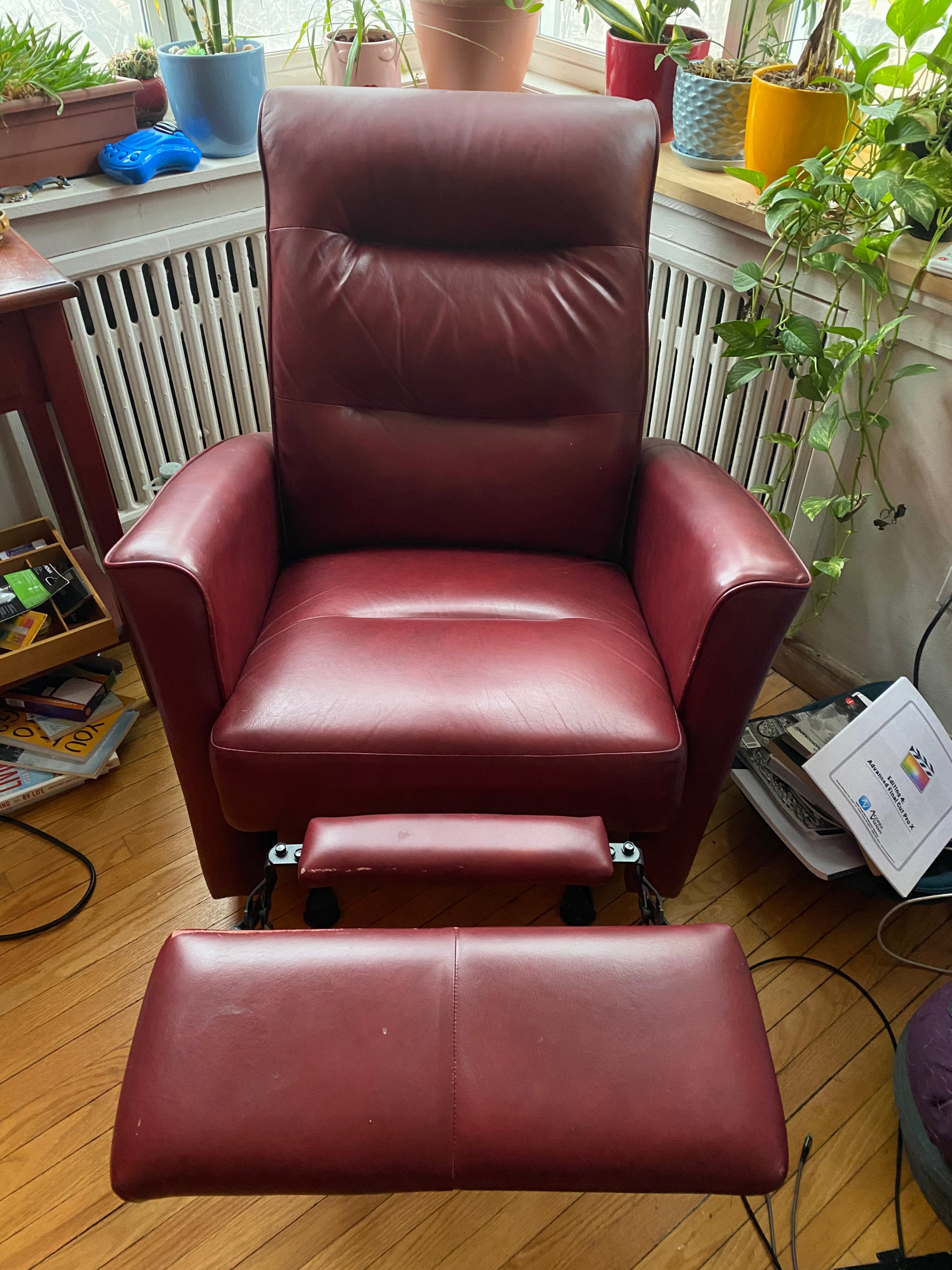 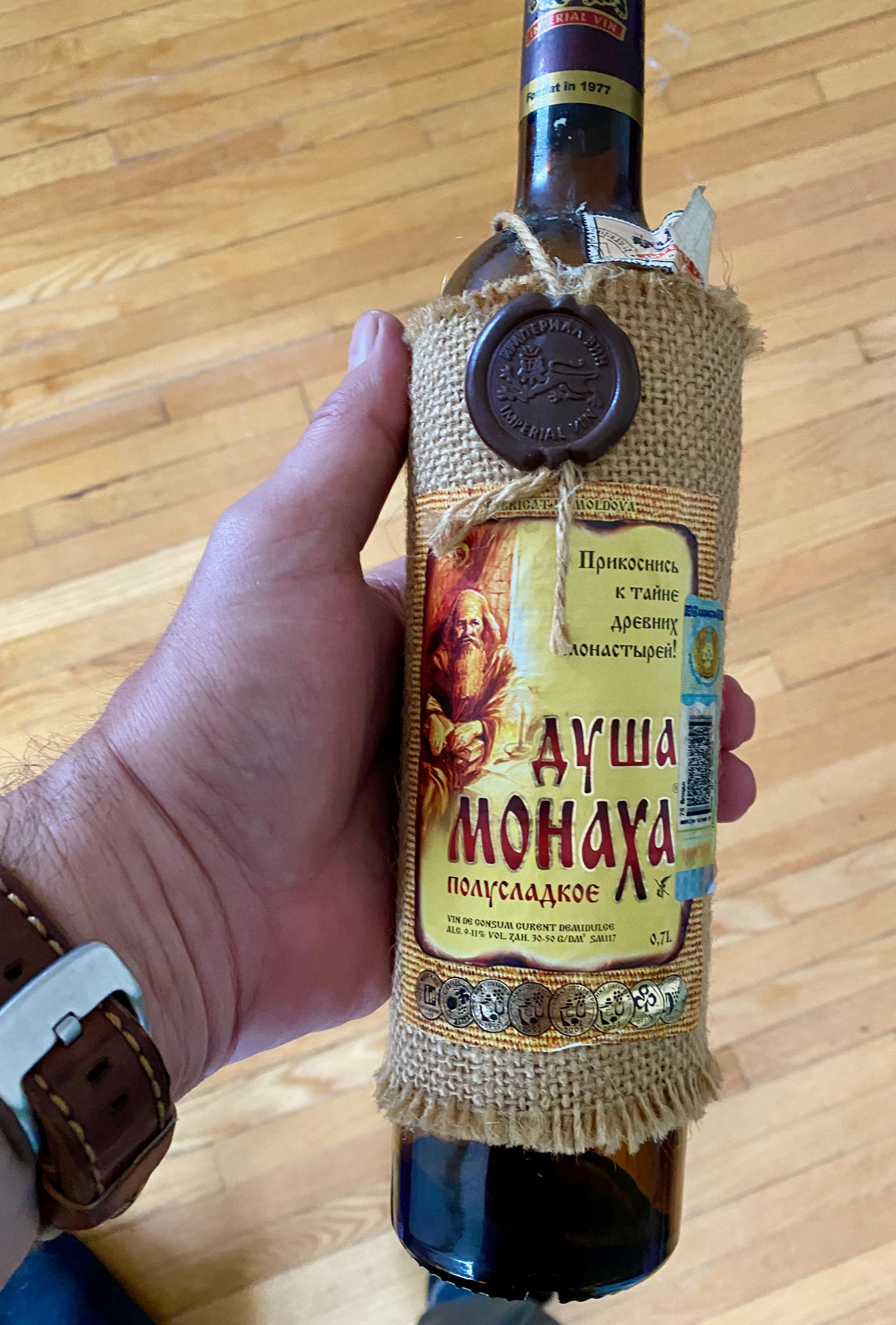 My brother Steve gave me this bottle of wine from Kazakhstan in 1986. Last week we popped the cork and it was utterly horrible.

These are the items Rehtaeh had on her shelf by a window. There’s a shell from Cozumel, a compass I gave her, a wooden horse from her grandfather, a mask from South Africa, and Stewie, a character on her favorite show. We left them like this until we sold our house and moved to Toronto. Just little things that meant something to her, treasures of who she was. 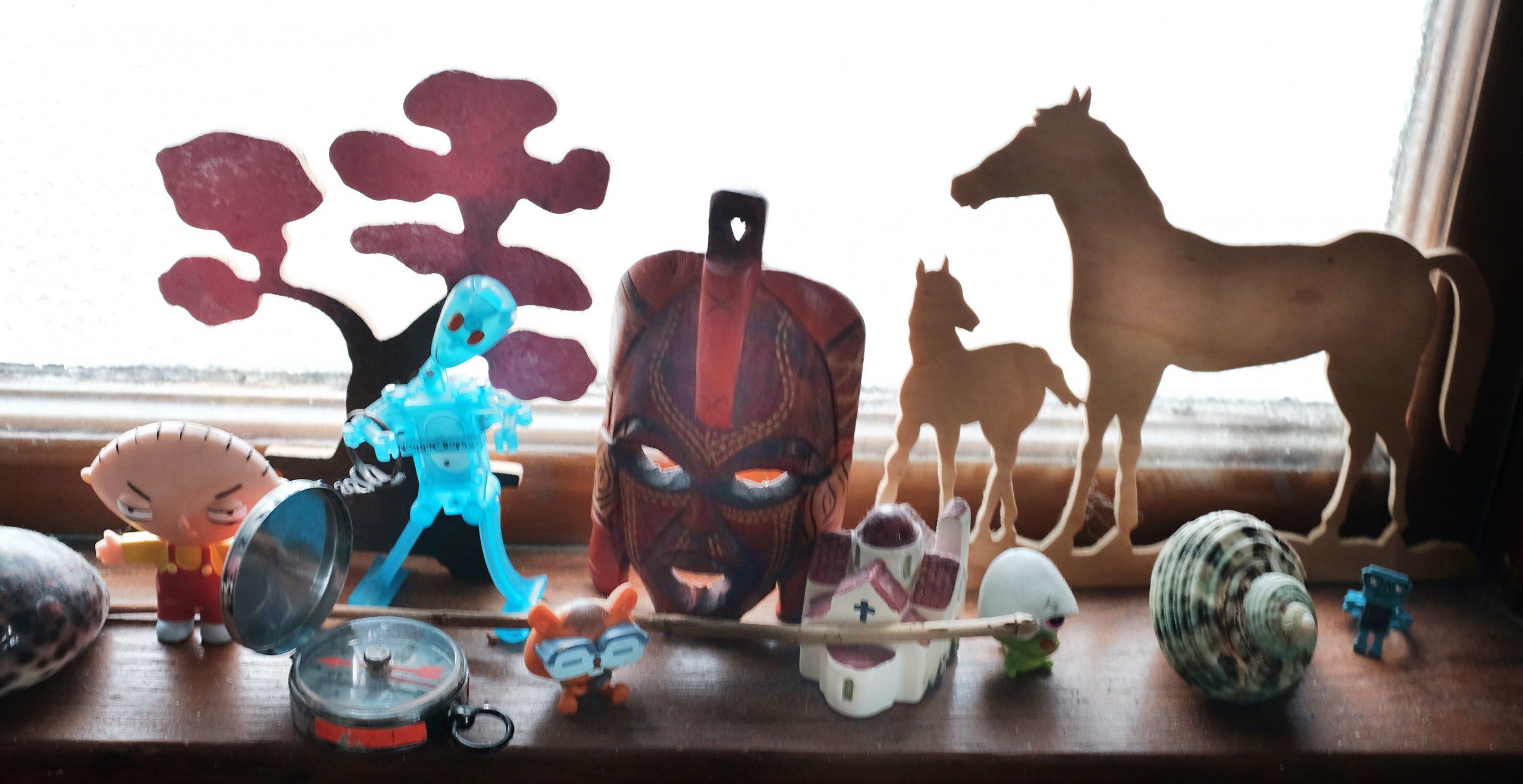