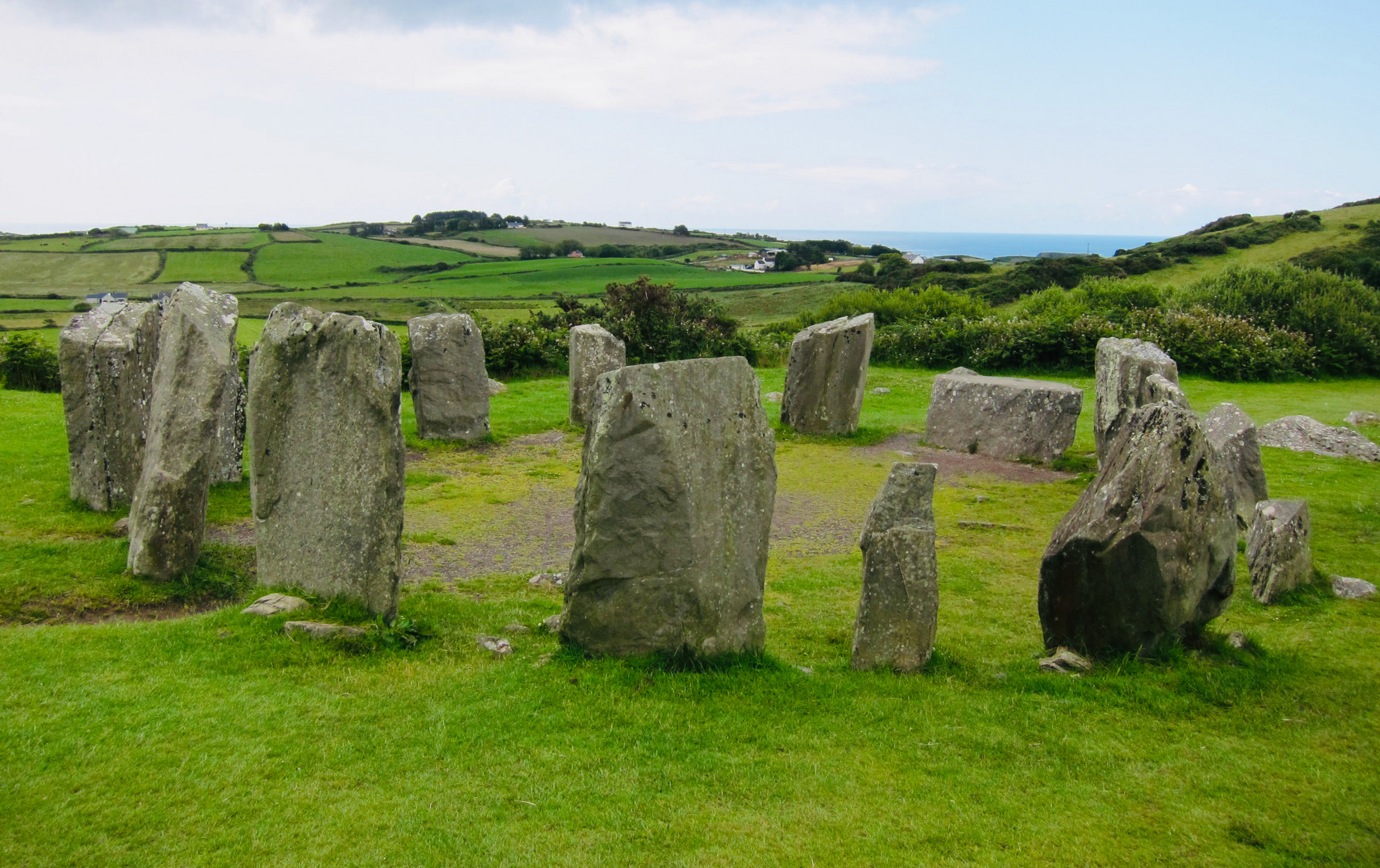 The Drombeg stone circle (also known as The Druid’s Altar), is a small axial stone circle located 2.4 km east of Glandore, County Cork, Ireland. We stopped there during our 2011 road trip across southern Ireland.

Radiocarbon dating of samples taken from the site suggest that it was active c. 1100 – 800 BC and was in use until approximately the 5th century AD.

An inverted pot with the cremated remains of a young adolescent wrapped with thick cloth was found in the centre of the circle during excavations in 1958.

Druids were concerned with the natural world and its powers, and considered trees sacred, particularly the oak. Druidism can be described as a shamanic belief system, as it relied on a combination of contact with the spirit world and holistic medicines to treat the sick. According to Julius Caesar, who is the principal source of information about the Druids, they judged all public and private quarrels and decreed penalties for breaking the law.

We really don’t know much about the Druids or their faith and practices, so what these stone circles were for is at best, a guess. Caesar wrote about them but there is doubt as to whether or not he just repeated what someone told him or if it’s a true first hand account.

I like to think of the Druids as philosophers, scientists, and astronomers. This was their gathering place, where they shared stories, settled grievances, and celebrated life. 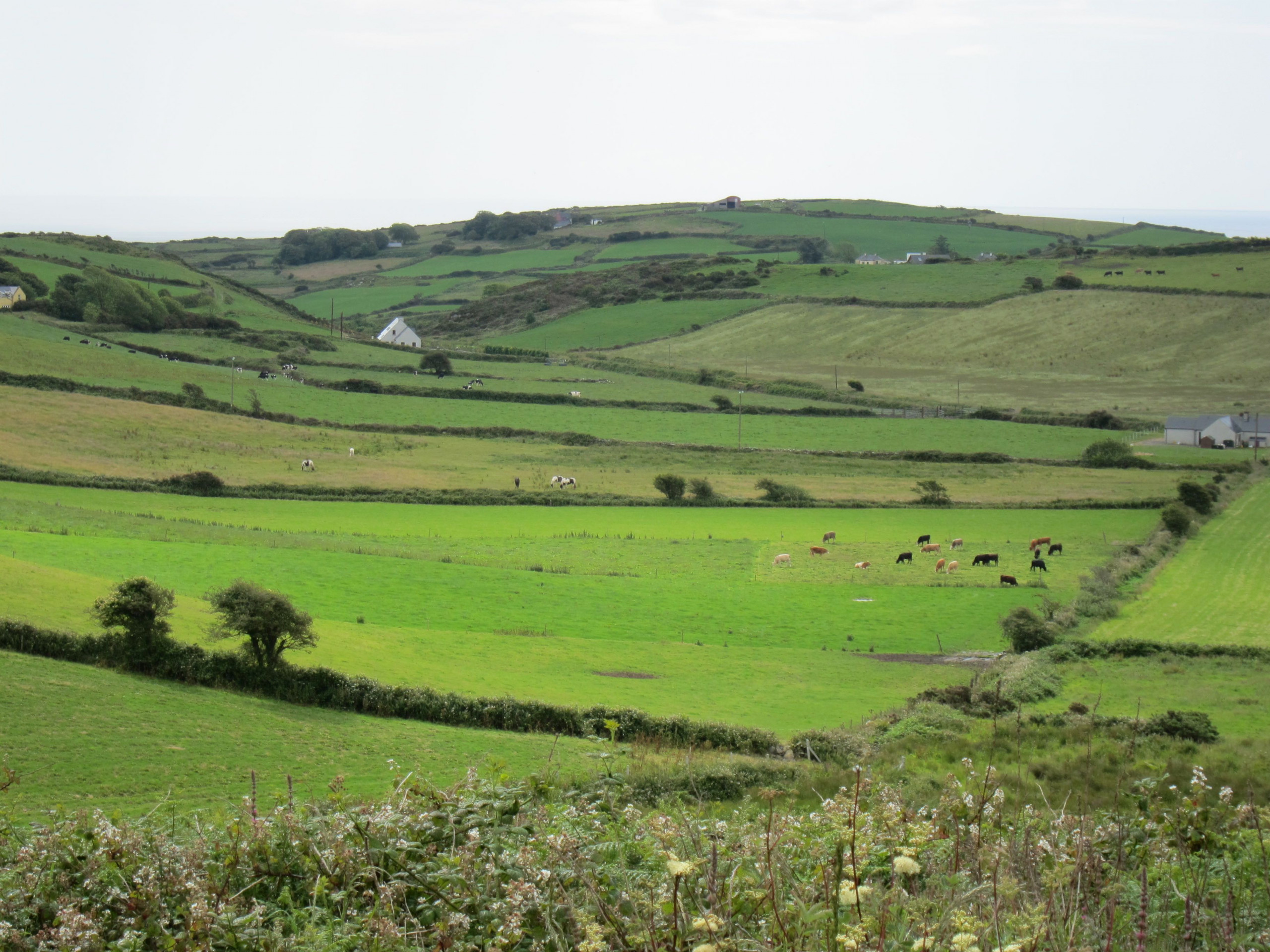 The Ireland countryside nearby is, as usual, spectacularly beautiful. 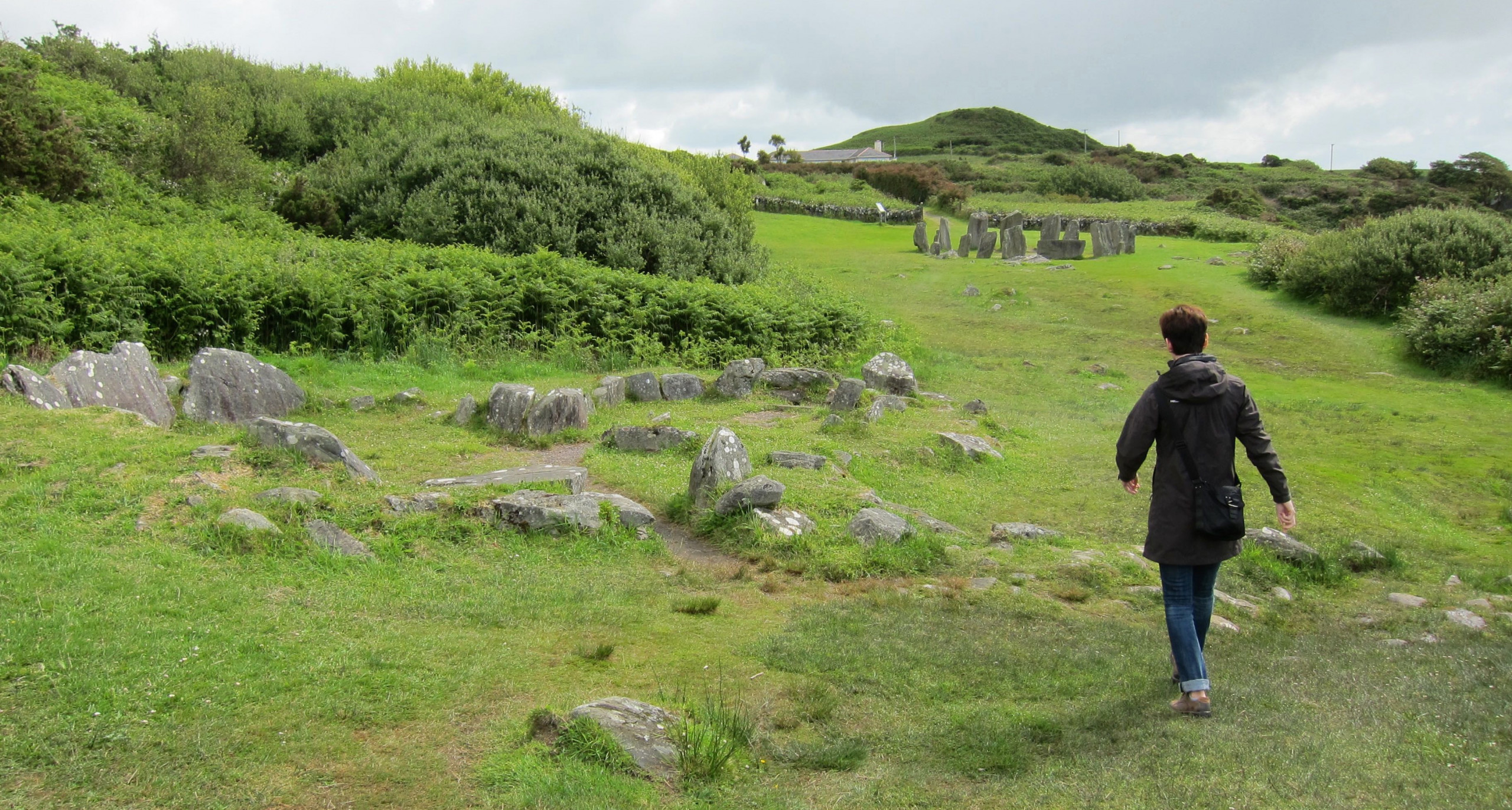 The Drombeg Circle is a short walk from a small parking lot.

At the circle centre is a stone marking where the remains of a child were found. 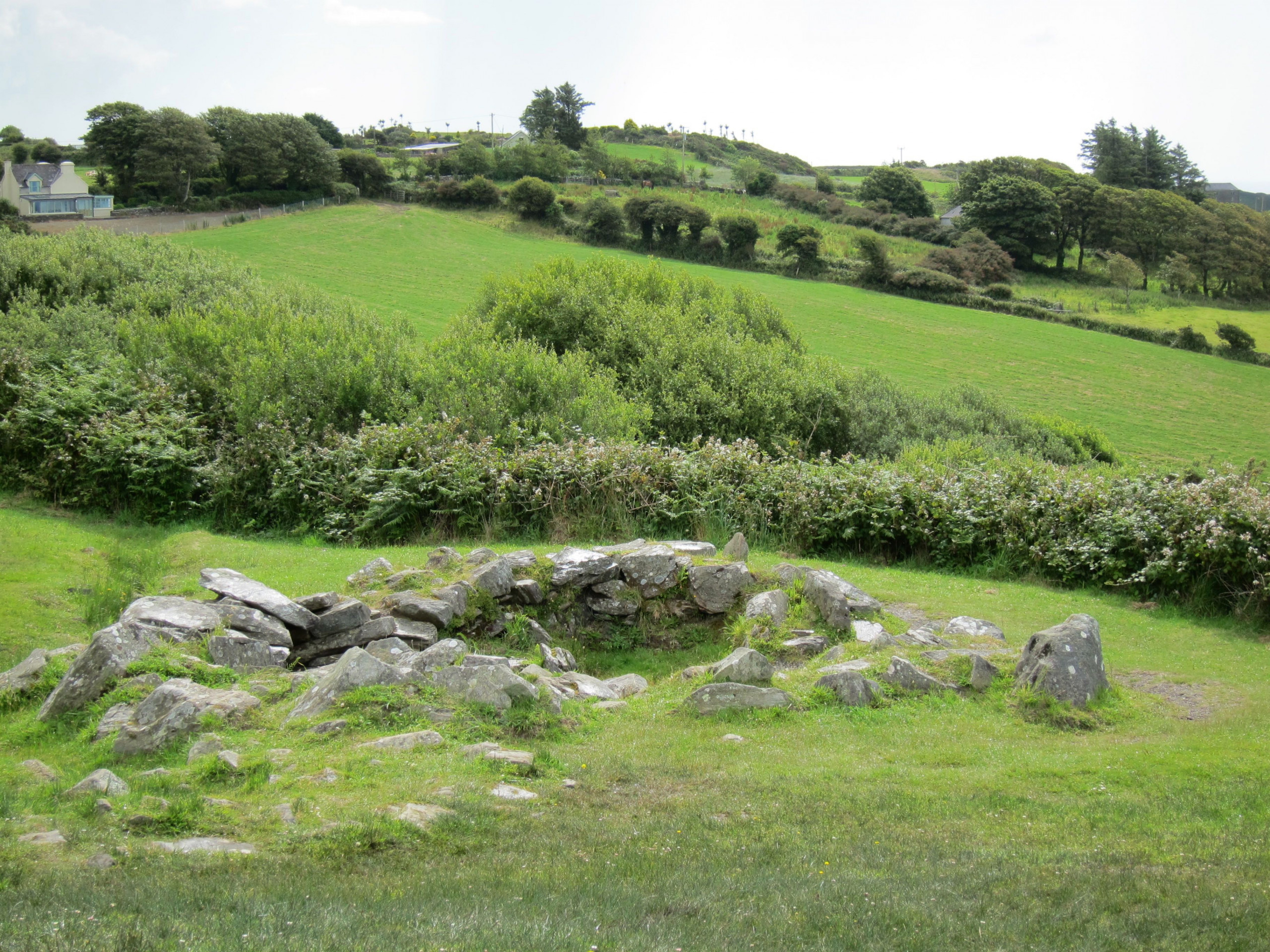 The remains of a stome dwelling near the cirlce.